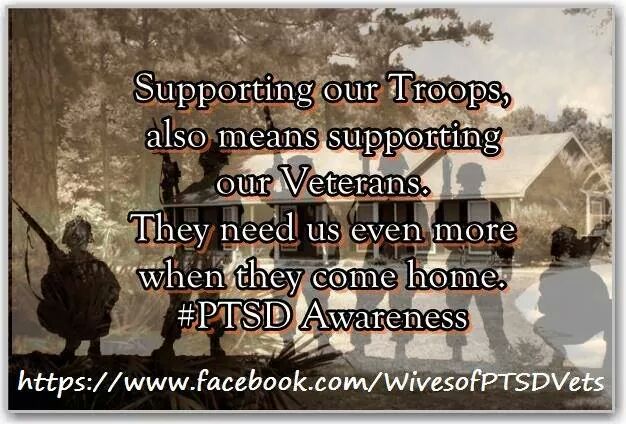 Don’t think our service men and women don’t sacrifice?  Think again.  Not only do they sacrifice themselves when they go off to war, but while gone, they sacrifice time with their family, missing out on birthdays, holidays, births, deaths, and special moments.  They miss that first step their child makes, or the first word, or even the first day of kindergarten.  From war, many lose a piece of themselves, some physically,  some mentally, some both and some lose their lives.

While yes, we do have a volunteer military, and our loved ones volunteered for their country, they did so so yours wouldn’t have to.   If not for the men and women who volunteer for the war they go to (justified war or not), those who don’t want to go, would be forced to do so.

So while you may not agree with their mission, you can still support the ones that fight.  They are still owed our gratitude and our respect.  They have sacrificed so much, and are asked to continue to do so.  Isn’t it time we sacrificed too?  For many, the scars are deep, and for some, invisible.

The support shouldn’t stop once they are home.  Support our Vets should be just as big of a catch phrase and action as Support our Troops.

We lose 22 veterans a day to suicide.  Shouldn’t it be time we tell them #youmatter? 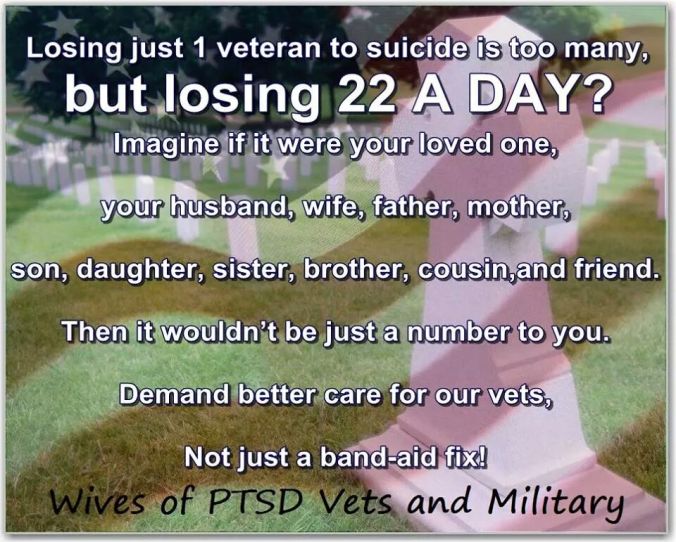 < Previous Next >
+ Add your own event Eventbrite

Wives of PTSD Vets and Military

Wives of PTSD Vets and Military

Families of PTSD Vets and Military of Hampton Roads, VA

Families of PTSD Vets and Military of Hampton Roads, VA